On October 9, the 2017 Nobel Memorial Prize in Economic Sciences was awarded to Richard Thaler, professor at the University of Chicago Booth School of Business and president of the American Economic Association. The committee credited Professor Thaler “for his contributions to behavioral economics” as a new and upcoming field that bridges economics and psychology1. Thaler, dubbed as the “father of behavioral economics,” has dedicated his life’s work to proving that people are predictably irrational when it comes to economic decision making2. Traditional economics assumes that people will react through a rational and self-controlled scope which can be shown through economic models. Much of Thaler’s work has been centered around debunking this ideology. Through his research, Thaler derived his own economic theory called the nudge theory. This theory “examines how gut instincts can often overrule rational choices” and through this, how people’s behaviors can be altered by using certain tactics3. The committee especially praised Thaler’s research for its focus on the variables of limited rationality, social preferences, and lack of self-worth4.  Studies have shown that these variables tend to produce the highest results of constant human inconsistencies during studies, and it is these inconsistencies which became the core of Professor Thaler’s research and theory. 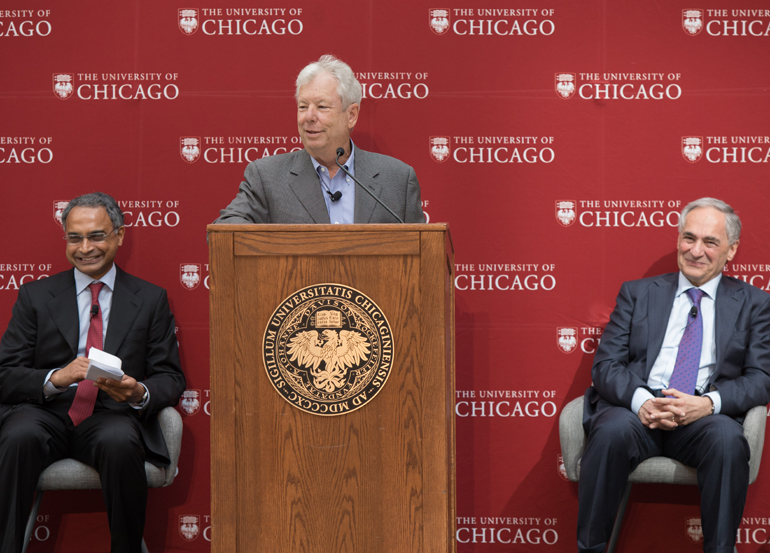 Through his successes, Professor Thaler authored two books, Nudge: Improving Decisions About Health, Wealth and Happiness (2008) and Misbehaving: The Making of Behavioral Economics (2015), which was praised as one of the six most influential business books of 2015 by Financial Times1. Thaler’s contributions in social economics have become widely revered, as his influences in this field have resulted in many social improvements nationwide. Of the more notable impacts, his work resulted in the encouragement of many smokers to switch to vaping, a form of smoking that contains less carcinogens, Theresa May’s announcement of an “opt out” policy for organ donations, and the boost of British tax receipts. Along with these improvements, many economists, who once denied the prospect of behavioral economics, now consider human behavior as an element in their studies. Additionally, Thaler’s work has influenced many government programs to now consider economics when it comes to policy making and legislation. Thaler stated after receiving the award, that his most important contribution to economics was the “recognition that economic agents are human, and that economic models have to incorporate that5.”